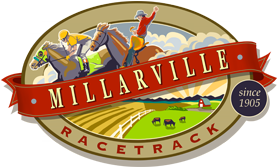 Millarville Racing and Agricultural Society provides authentic family experiences and exceptional facilities which celebrate our agricultural heritage, inspiring a sense of belonging for the community.

The Millarville Racing & Agricultural Society has been in existence for more than one hundred years, its origins older than the province of Alberta itself.

As the years and generations have come and gone, the social and economic development of both the MRAS and our surrounding community have remained intertwined through a shared history as well as programs and services built from the grassroots out.

Our non-profit Society has flourished and grown through the last century because we have always taken pride in providing programs and facilities for the young people in our community, many of whom have parents, grandparents and great-grandparents who had served faithfully as members and volunteers in earlier eras, setting an example for the next generation to follow.

We rely on more than 600 members and over 400 volunteers to ensure that tradition of giving back to the community preserves the history of the facility and its events, some of which are also more than 100 years old!

As a Society, we know we have much to do if we hope to remain relevant in our community into the next century, particularly while continuing to embrace the traditions and values of our Founders.

The facilities at MRAS have grown to become important focal points for community user groups but continue to bear the weight of more than 100,000 people who pass through our gates and use our facilities in a typical year.

We will be looking to upgrade our facilities and programming on a continual bases to meet our bold vision but will need the same spirit of commitment and cooperation we saw in the opening moments of our creation, when the newly formed Race Club bought the first land in 1905, when the Fair was formed in 1907 and when it all came together as the new MRAS with the Hall Association in 1951.

We urge you to come out and participate as a member or a volunteer or to simply have fun at our Markets and Events as we move forward into the next century.

How it all Started

Introduced by the early British settlers, the Millarville Races were the continuation of a racing tradition in England and Ireland.  The first Race Committee was formed on 3rd June 1905, when the residents of Millarville met to discuss the possible organization of an event.  The land for the racetrack was granted to the Committee by Raymond DeMalherbe rent-free for the first thirty-five years.  The first Millarville races were held later that month, making the race meet the oldest in Alberta.

The track lay in an east-west direction and was simply marked out on the ground.  In I906, an inside rail was built, and an outside rail followed.  In 1911, the first shed, with thirty stalls, was constructed with a committee room at one end.  The stalls were rented out for a dollar for the duration of the meet.  Later a grandstand was built over the stalls.  During the First World War, racing was discontinued at the track in 1916 and 1917 but resumed in 1918 when the proceeds were donated to the Red Cross.

In 1940, the rent-free lease expired, and the racetrack reverted to the landowners, but the club members were able to purchase it outright with monies raised through a debenture sale.  In 1951, pari-mutuel betting was introduced under federal regulation and the Millarville Racetrack came to be listed in the roster of Canada’s leading racing centres.

The Millarville Racetrack, the Racetrack Hall Association, and the Priddis and the Millarville Agricultural Societies amalgamated as the Millarville Racing and Agricultural Society in 1971 to coordinate the various committees involved at the grounds.  Over the years, new buildings have been added and improvements made to the track and grounds, many through local donations.  The board consists of many directors who volunteer their time, expertise, and community spirit to make sure this facility continues to thrive.

In the archives of the Glenbow Foundation, a complete record can be found of the first meeting of the Millarville Race Club, dated May 1905.

Another proud landmark event commenced two years later in 1907 with the introduction of the Priddis & Millarville Fair. In 1986 this unique one-day Fair was awarded the Canadian Association of Exhibition’s “Best Local Fair of the Year.” Every August we welcome over 6000 guests to our grounds and 2022 will be no exception when we celebrate 113 years of bringing our community together.

The Races and the Fair paved the way for the creation of five additional events hosted by MRAS:

For over a century the Millarville Racetrack & Agricultural Society has focused on bringing our community together through agriculture, education, activities, and events.

Our success lies with the generations of volunteers who dedicated themselves to this facility since 1905.

In 2014 the Alberta Agriculture and Rural Development implemented a new recognition program for agricultural societies that have been incorporated for 100 years or more.

In 2015, MRAS proudly accepted this award of distinction at the Alberta Association of Agricultural Societies (AAAS) annual convention in Edmonton, and in 2019 were nominated for The Chamber of Commerce Business of Distinction award for Community Event.

In 2020, the MRAS were the recipients of the Government of Alberta’s Innovation Award for our fundraising initiatives and strong ability to adapt our events through success throughout the pandemic.

In 2022, the MRAS was nominated yet again for the Chamber of Commerce Business of Distinction award for Community Attraction.

This short account cannot capture the proud heritage and community spirit MRAS has provided to generations of families in Southern Alberta. We invite you to visit us and experience Western Hospitality at its finest.